Dorothy (or Dot to her friends) moved to Sydney from Yorkshire, England in 1969 with her husband Bill and 3 young children. Dot and her family were among the huge wave of English migrants in the 60’s and 70’s who moved to Australia in search of a better lifestyle and climate.

It took a while for Bill, Dot and their kids to adjust to their new environment. Their situation improved when they moved to Adelaide a few months later where Bill got a job as a cable factory worker and Dot became employed as a part-time school caretaker. Armed with a fierce determination and a strong fighting spirit, Dot has never looked back.

Upon retirement, Bill and Dot became very active in social and community activities. They joined the South Australian Indoor Bias Bowls Association and competed in both state and national tournaments. They were both healthy and enjoying the best times of their lives when Bill unfortunately had a stroke in 2015. While in hospital, Bill was advised that it would not be suitable for him to return to the house that they were renting in Golden Grove due to his mobility needs.

With the help of a hospital social worker, Dot secured one of our wheelchair accessible homes in the north eastern suburbs. The house suited them perfectly as Bill was able to move around more freely reducing his reliance on Dot.

Sadly, Bill became very ill and passed away in 2019. Dot and Bill were married for more than 60 years. Dot recalls feeling devastated and lost. However, over time her determination to keep going won the day and she sought out ways to get involved and stay connected.

She is a very active member of her community and joins the Tea Tree Gully Senior Citizens Club for carpet bowls twice a week, attends the Para Hills Community Club once a week for arts and crafts and she still meets with the local Stroke Support Group fortnightly as they provided her with tremendous support when Bill had a stroke.

She also gets a lot of support from her son who lives close by. He looks after her lovely garden and has installed the latest technology gadgets for her home entertainment. If Dot is not out socialising, she is probably busy browsing YouTube or watching the latest movies on Netflix.

Dot said that she really loves her house as it is open plan and easy to clean. Having a wheelchair accessible bathroom was very convenient after she had a hip replacement recently. She values her relationships with her neighbours and occasionally goes out for coffee with some of them. They help each other and look after the house when someone is away.

The COVID-19 pandemic has put Dot’s overseas holiday plans on hold, for the time being. The three cruises that she booked last year have all been cancelled but even COVID won’t deter Dot from her travel plans. Her bags are packed and she’s set for her next adventure as soon as it is safe to travel.

Dot certainly embodies her nickname “Pocket Rocket”. Her energy and enthusiasm for life would put someone half her age to shame. 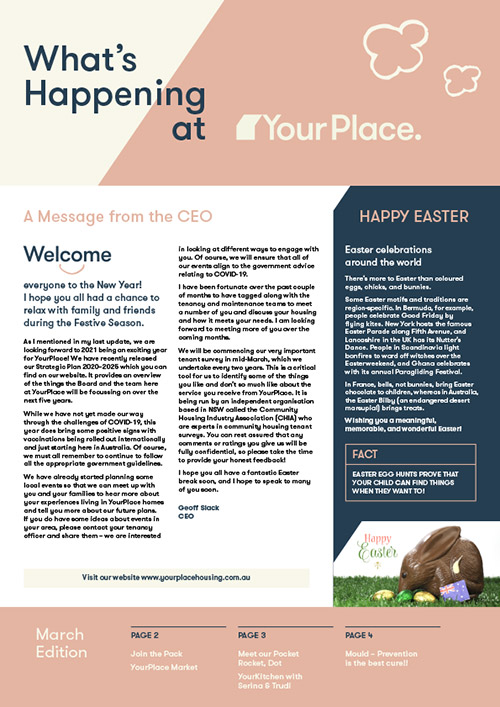